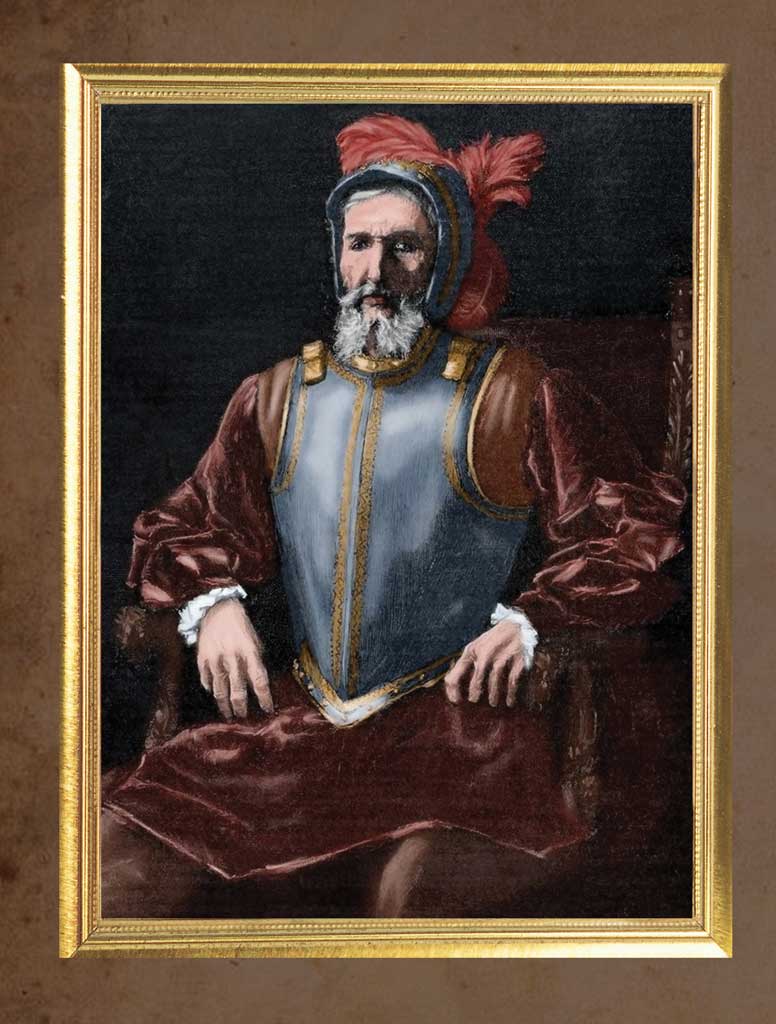 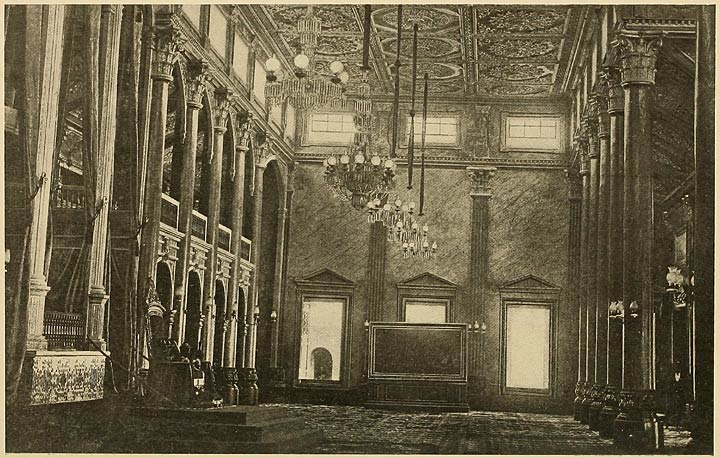 Diocese of Manila was established

Pope Clement VIII raised the Diocese to the status of an Archdiocese. Creation of the three new dioceses: Nueva Caceres, Nueva Segovia and Cebu. 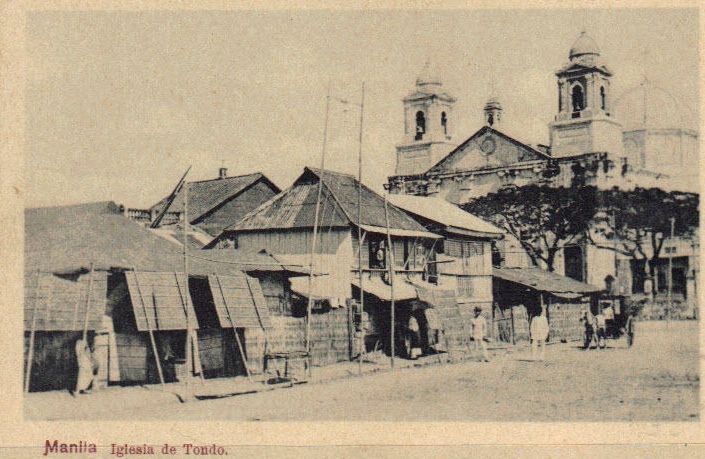 Tondo Church was established by the Augustinian Friars. Fray Alonzo Alvarado, OSA was the first minister.

Malabon, formerly known as Tambobong, was founded by the Augustinians as a visita of Tondo. However, it must have existed previously, as one document clearly indicates. The town was composed of two small islands, Nabotas and Maysilo, both visitas of Tondo.

The visita in Malabon became an independent parish under the avocation of San Bartolome Apostol. It was in this year that Fr. Luis Gutierrez, OSA was named vicar prior. During this year, the convent was relieved from paying any taxes to San Agustin Monastery “because it was very poor and the stipend given by the King was almost nothing”.

The first visita was established in Caloocan under the parish of Tondo. This was found in the first settlement in Libis Aromahan (Sitio de las Espinas) now known as Libis Espina

A decree was made causing the friars to instruct the faithful of Navotas to attend Masses in the adjacent town of Tambobong.

Fr. Andres Patino, O.S.A. was assigned as the parish priest of San Bartolome de Malabon. He later supervised the construction of the bridge linking Malabon with Tinajeros. It was during his stint as parish priest that the celebration of Second Centenary of the parish was celebrated.

The Christian community in Caloocan was canonically established as the San Roque Parish by the Archbishop of Manila, Juan Antonio de Zulaibar, O.P. Pastoral care was entrusted to the Augustinian Recollects.

The Archdiocese of Manila decreed on July 1, 1859 the creation of the parish of San Jose de Navotas. The residents of San Jose celebrated this historic occasion that took three decades to realize.

The Parish and Town of San Jose de Navotas was founded under the patronage of St. Joseph.

From the parochial history of San Jose Parish, 2001, souvenir program

The first visita “kamalig” was built as “Visita de Concepcion”.

General Antonio Luna sought refuge in the church using the unfinished renovation for church extension at the back as a trench, launching their defense against the Americans.

At the latter part of the Battle of Caloocan, Gen. Luna continued to defend the town from the Americans but at the advance of the foreigners, the Filipinos were forced to give up. Many houses in the town were burned down with the church and the convent left standing. The Americans captured Caloocan and made use of the church as barracks and a field hospital. It was further utilized by the 20th Kansas Regiment under Col. Fredrick Funston.

By the power of Most Rev. Jeremias Harty, DD, then Archbishop of Manila he erected the Visita Concepcion as La Purisima Concepcion de Malabon Parish.

Reddy Kilowatt arrived in Navotas and the electric lights were installed in the church for the first time. The young sacristans were overjoyed because they will no longer use the stairs to light the hundreds of candles in the crystal chandeliers.

The Oblates of Mary Immaculate arrived through the invitation of the then Archbishop of Manila, Michael J. O’Doherty.

Our Lady of Grace Parish in Grace Park Caloocan was founded. The first Parish Priest was Fr. Joseph Boyd, OMI

From the records of the Diocese of Kalookan, Chancery office – Profile of Parishes, p. 29

Upon the creation of the new Diocese of Kalookan, the San Roque Parish of Kalookan was elevated to the rank of a cathedral.

Lleva, Edgardo. “A Glimpse of History: San Roque through the Decades” (2004) - Featured as one of the key events of 2003 in the 2004 Souvenir Programme for the Parish Fiesta of San Roque and the Virgen de la Nieva, (February 2004)

The Diocese of Kalookan celebrated its 10th Anniversary in the cathedral church with a Eucharistic Celebration offered by the His Eminence, Gaudencio Cardinal Rosales, Archbishop-emeritus of Manila. Most Rev. Guiseppe Pinto, D.D., then Apostolic Nuncio to the Philippines was among the concelebrants. The cathedral’s first relic of San Roque was received in this Eucharistic Celebration.

The commemoration of the 400 years’ anniversary of the San Bartolome Parish was celebrated. During the year’s celebration, the parish church was rededicated; the perpetual adoration chapel, the St. John XXIII Hall, the Quadricentennial stage and arch were inaugurated and blessed last May 10, 2014 headed by the Most Rev. Bernardito Auza, D.D. – the Apostolic Nuncio to Haiti.

The Bicentennial Anniversary of San Roque Parish’s canonical establishment was celebrated with a Jubilee Year. Pope Francis imparted plenary indulgence for all those who would make pilgrimage to the cathedral church. The Jubilee Door was solemnly opened on this day by Kalookan’s then Apostolic Administrator, Most Rev. Francisco M. De Leon, D.D.

The Most Rev. Pablo Virgilio S. David, D.D. took possession of the cathedral church as the second Bishop of Kalookan. He also assumed the position of parish priest.

To mark the the celebration of its 160th founding anniversary, His Holiness, Pope Francis, appointed San Jose de Navotas Parish as a Jubilee Church. The Holy See bestowed a plenary indulgence upon all the Faithful who would visit the Church, following the usual conditions. The opening of the Jubilee Door was presided by Most. Rev. Pablo Virgilio David, Bishop of Kalookan. To further foster strong devotion to Saint Joseph, the Parish released its newly revised Novenario and devotional book, entitled "Ang Pamimintuho kay San Jose, Patron ng Navotas," a compilation of the Novena and other prayers to our beloved patron. The Parish Museum located on the left side of the Church was also opened and blessed this year. Lastly, to acknowledge the importance and contribution of the Parish's history in the locality, the Municipal Government of Navotas declared San Jose de Navotas Parish Church as a local heritage site of the town through the City Ordinance No. 2019-06.

A decree issued to the Catholic Bishops' Conference of the Philippines (CBCP), Pope Francis granted plenary indulgences to Filipinos visiting any of over 500 Jubilee Churches across the country to mark 500 years of Christianity in the Philippines in 2021. The Diocese of Kalookan declared San Bartolome Parish in Malabon City, San Roque Cathedral Parish in Caloocan City and the Diocesan Shrine and Parish of San Jose in Navotas City as their jubilee churches.